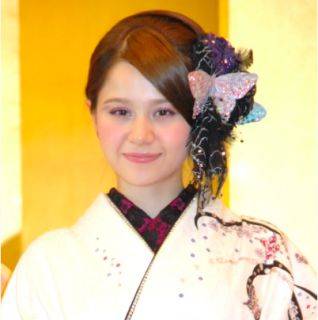 Former SKE48 member and model Kinoshita Yukiko (24) have announced her marriage and pregnancy via Instagram and Twitter.

Kinoshita wrote, "I would like to announce that I married a man who I have been dating for some time and that we have been blessed with a baby." She continued to express, "Marrying the person I love and being blessed with his baby, I am anxious, but more so, I am filled with happiness and excitement for the future."

Looking forward, she said, "I will do my best to become a good wife and mother. At the same time, I would like to challenge myself to many things that I want to do."

Kinoshita joined SKE48 as its third generation member in 2009. She was in the senbatsu five times and ranked 40th in AKB48's 'General Elections' in 2014. In November of the same year, she graduated from the group to pursue dancing, then became a model in 2016.