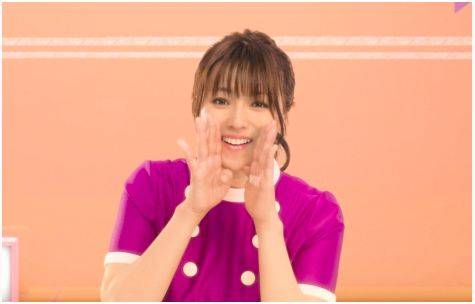 Fukada Kyoko stars in the web movie for Glico's 'Bisco.' In the movie, the actress calls out "Untoko Dokkoisho?" while demonstrating some stretches.

"Untoko Dokkoisho" is a phrase that was popular back in the early 1990s after being televised in the CMs for 'Glico' and 'Bisco.' Back then, the CMs featured footage of children doing their best, then afterwards, it became an exercise.