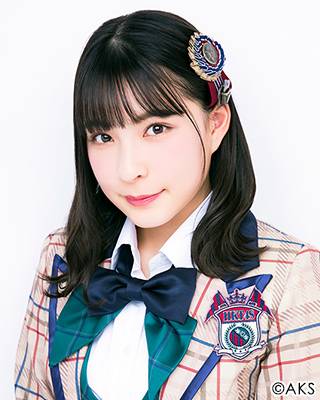 HKT48 Team H member Yamamoto Mao has announced her graduation from the group.

Yamamoto made the announcement on April 11 during their performance at HKT48 Theater. On the group's official website, she explained, "In order to study abroad, which has been a dream of mine, I want to change my environment and challenge myself." After the performance, Yamamoto updated her Google+ account stating, "I made the announcement after making the resolve to move forward and study in order to become someone with a big sensibility."

Yamamoto's final theater performance is scheduled to be held on May 21. As for her last handshake event, the details will be announced via the group's website in the coming days.