'KINGDOM' to get live-action film adaptation 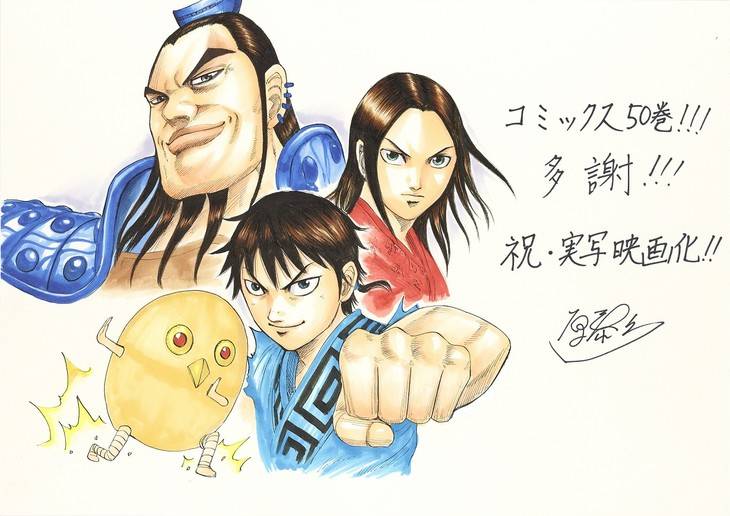 It's been announced that Hara Yasuhisa's manga, "KINGDOM," will receive a live-action film adaptation.

'KINGDOM' is a historical action manga set during the Warring States period in China. Its story revolves around a young boy named Xin who aims to become a top general of the army. It began its serialization in 'Weekly Young Jump' in 2006 and has been adapted into anime and games. In 2016, it was turned into a live-action animation starring Yamazaki Kento as Xin to commemorate its 10th anniversary.

Hara, who says he was involved in creating the script over the past year, commented, "I am grateful to have my opinions respected. It's a script that I agree with!! The budget is exceptional!! The cast is wonderful!! It will definitely be interesting!!" More details regarding the release date and cast will be revealed at a later date.