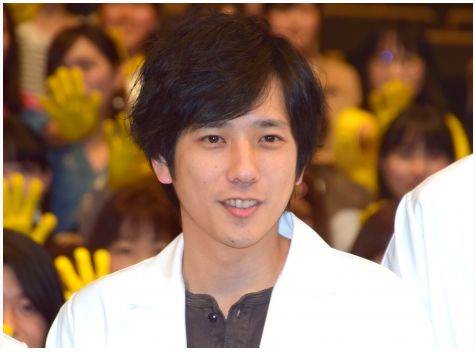 On April 16, Arashi's Ninomiya Kazunari appeared at a stage greeting for the TBS drama 'Black Pean.'

A few days ago, 'Josei Seven' reported that Ninomiya is in a relationship with reporter Ito Ayako. When leaving the stage after the event, he was asked by reporters regarding the rumored relationship. Ninomiya stayed silent without changing his facial expression.

Ninomiya, who plays the role of a surgeon in the drama, said confidently, "It's a really interesting drama." The operating scene took ten hours to shoot, but it was shortened to just five minutes. "It was really tough... It's going to be hard to watch," he commented.

Others in attendance at the event were Aoi Wakana, Takeuchi Ryoma, Kato Ayako, Kato Koji, Koizumi Kotaro, and Uchino Masaaki.