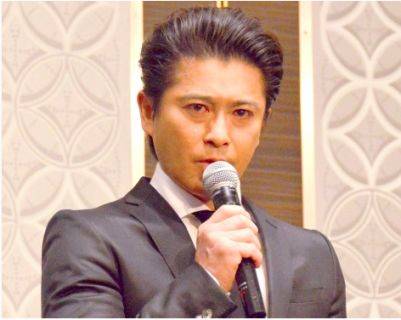 It's been announced that TOKIO member Yamaguchi Tatsuya will be going on hiatus and has been placed on house arrest for an indefinite period.

Yamaguchi was under investigation of sexual assault after committing sexual acts against a high school girl in February. Consequently, Yamaguchi held a press conference on April 26 in Tokyo where he talked about the details of the incident and apologized for his actions.

At the beginning of the press conference, Johnny's & Associates' consulting lawyer described the incident. He explained that on February 12, Yamaguchi was drinking at home when he called the victim and her friend over, and committed sexual acts. After receiving a report from the victim, the police opened an investigation against Yamaguchi in late-March.

To parties concerned and fans, Yamaguchi bowed his head and said, "I cannot apologize enough." He also expressed his feelings toward the other TOKIO members, "I've fought with them for half my life. By helping each other, TOKIO was able to reach this point. When I think about how they must be feeling due to my self-centered actions, I don't know what to do." He continued, "It might be wishful thinking, but if there is a place for me, I hope to continue as TOKIO."

Finally, he apologized to the victim, "I thought about it everyday... When I think about how she may not forget it for the rest of her life, I feel very sorry." Regarding his suspension, he commented, "It's not something I can decide. I will spend my time reflecting on my actions while praying that the victim, her friend, and family will feel at peace, and live a lifestyle that they had been living prior to the incident."