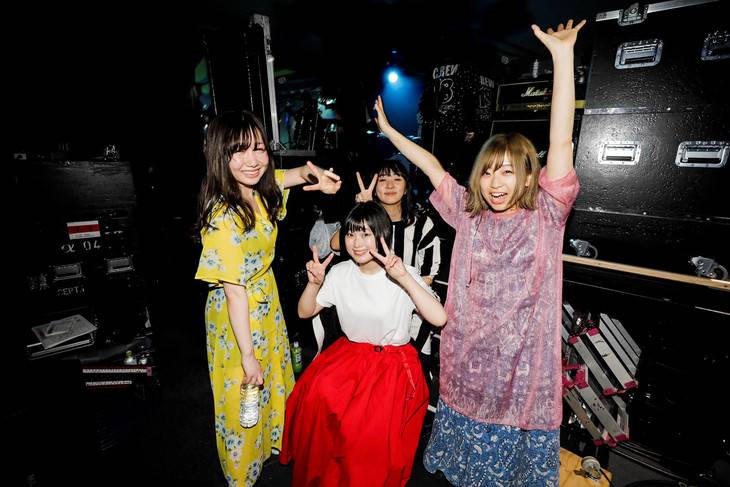 This was announced on May 4 at the rock festival 'VIVA LA ROCK 2018' at Saitama Super Arena. After Fuji Chiaki (Vo) withdrew last August, the group had been active as a 3-member band. Ishino was a member of Idol Renaissance that disbanded in February. On joining Akai Kouen, she commented, "I am drawn into Akai Kouen's diverse musicality, and impressed at how each member plays music happily. That's why I want to soak up the things that Akai Kouen values, and grow as a member of this band."

Guitarist Tsuno Maisa stated, "We had been looking for a new vocalist since last winter. The three of us had been continuing our activities with hopes that we would find one anytime, and we have received a gift from the music gods. First, I feel very happy that Ishino Riko will be involved with music again. Also, I feel proud that I will be able to continue as a band with Ishino."