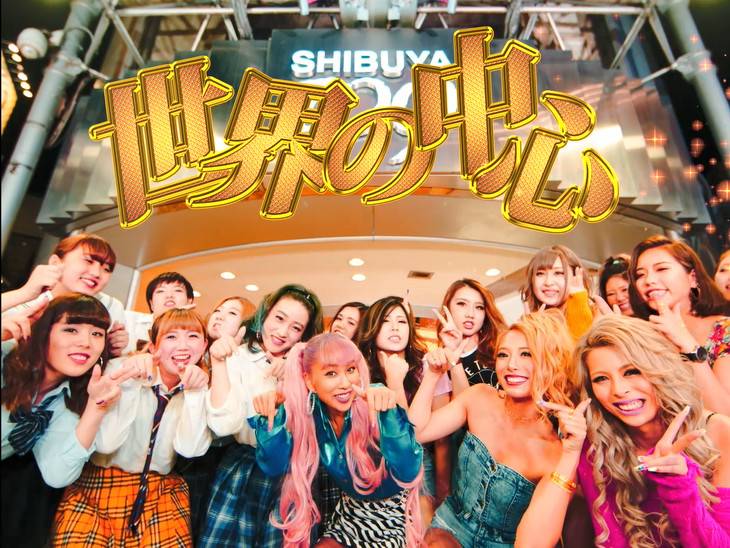 Aoyama Thelma has revealed the PV for her song "Sekai no Chushin ~We are the world~," which is the lead track of her new album "HIGHSCHOOL GAL" to be released on July 25.

"Sekai no Chushin ~We are the world~" is a dance number packed with lots of energy. Its PV features Aoyama and 50 gyarus dancing the 'para para.' Among the 50 gyarus are current models of 'egg' as well as members of the gyaru unit Black Diamond.