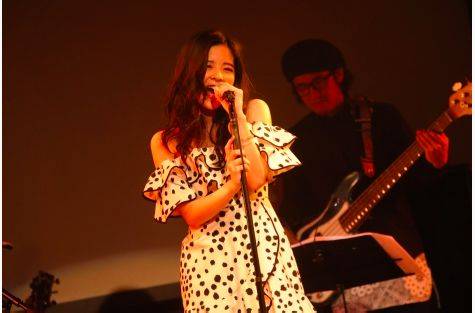 It's been two years since Tamura graduated from ANGERME to pursue musical acting, which has been a dream of hers since she was little. This live was a fan club event, and tickets for both the daytime and evening shows sold out on the same day.

During the daytime show, there was a special announcement that Tamura would be making her solo debut from Victor Entertainment this August. She expressed, "When I graduated from ANGERME two years ago, I had nothing, so this is like a dream. I was going to become a musical actress, but never thought I would debut as a singer, so I feel very happy. Today is a cover live, but I am looking forward to singing my own songs."