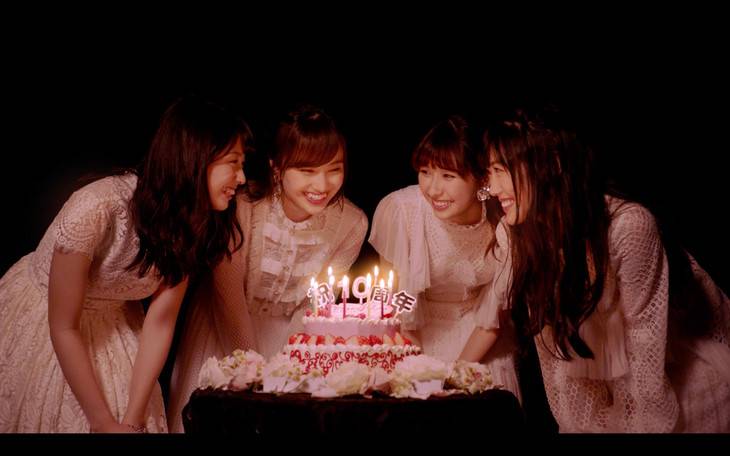 Momoiro Clover Z have revealed the PV for their new song "Clover to Diamond."

This song will be included in the group's first best-of album "Momo mo Juu, Bancha mo Debana" to be released on May 23. The PV begins with the members blowing candles out from a cake that says "Congratulations, tenth anniversary." It was directed by Tada Takuya.

This PV was shown to 1,000 fans at Shinjuku Yunika Vision on May 17 which was the group's 10th-anniversary day.