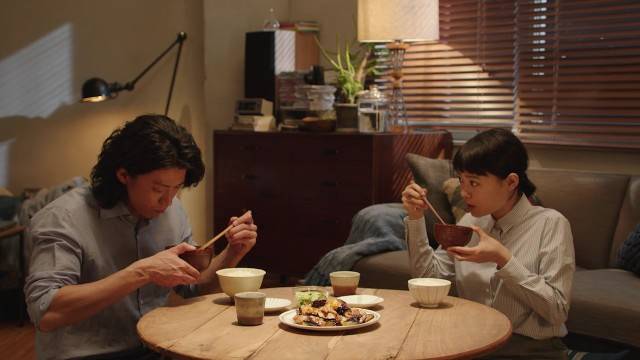 Oguri Shun and Sugisaki Hana co-star in the new CM for Ajinomoto's 'Hondashi' as brother and sister.

In the CM, Sugisaki is the younger sister who recently joined a company. She visits her elder brother's (Oguri) home, and they have a bowl of hot miso soup together.

Meanwhile, Sugisaki reflected, "I'm an only child, and I've always wanted siblings. I was a little jealous."