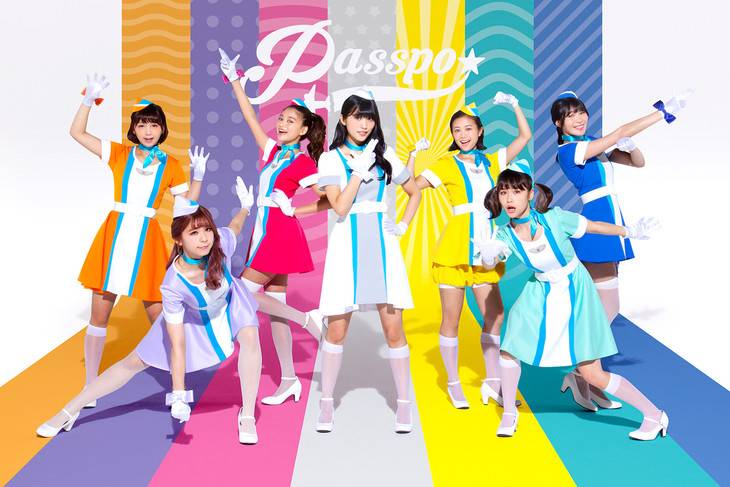 It's been announced that PASSPO? will disband on September 22 after their live at Nakano Sun Plaza Hall.

Since late last year, while talking about their future activities, some of the crew (members) expressed their wishes of taking another path. They decided that if they are unable to continue with the seven members, they would disband. Negishi Ai and Mori Shiori, who said they would like to "continue singing PASSPO? songs even after disbandment," will continue their activities in another way.

The members stated, "We didn't want to bring sadness upon the passengers, so every day we thought about how we could avoid disbanding. But this wasn't decided by anybody else but us. We crew members are like family, and if there is another path to take, we should respect that."

PASSPO? is a girls rock group that formed with the concept of "sky" and "travel." The group started their activities as Passpo? (written in Hiragana) in 2009 and made their major debut with "Shoujo Hikou" in 2011. They changed their name to PASSPO? on January 1, 2013. They are also active as the band BAND PASSPO? since "Perfect Sky" was released in March of 2014.