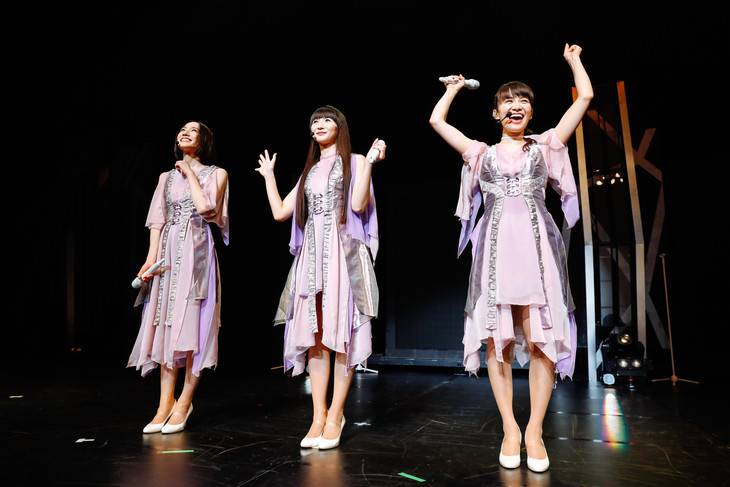 Perfume will release a new album (currently untitled) in August. In addition, they will hold a nationwide arena tour starting on September 21.

The girls made this announcement on May 24 during the last stop of their tour at Shimizu Bunka Kaikan in Shizuoka. They commented, "In addition to our singles 'TOKYO GIRL,' 'If you wanna,' and 'Mugen Mirai,' it will contain a lot of new songs. We are already done recording, and we love all of the songs. The last song that we recorded, Nakata-san thought about it for a long time, put a lot of effort into it, and rewrote it many times. You can tell that Nakata-san was involved with it. He is definitely someone who will create a new era."

Perfume's tour will kick off on their debut anniversary day, September 21 at Big Hat in Nagano. It will wrap up on December 24 at Marine Messe Fukuoka for a total of 18 shows in nine locations. The tour schedule can be seen below.