Sakurai Sho rides the train to attend a stage greeting 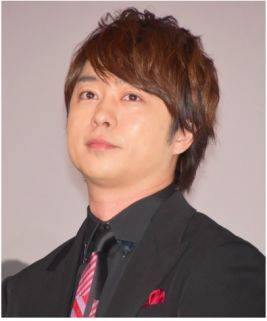 On May 4, Arashi's Sakurai Sho attended a stage greeting for his starring movie 'Laplace no Majo.'

During the event, Sakurai was asked about something that happened recently that's unbelievable. He revealed that he came to this stage greeting by train, "This morning, I was in Zushi, so I came back [to Hibiya] by riding the Yokosuka Line. I was supposed to get off at Shinagawa, but I overslept for the first time in years. When I woke up, I had been far away from Shinagawa and thought, 'oh no.'"

When the MC asked, "By yourself?" Sakurai replied, "Of course." In response to the stir in the audience, Sakurai said with a smile, "You don't have to be that surprised! Earlier, Takashima-san [Masanobu] said that he received a message early in the morning from me. That's the reason. I had to wake up early because I was returning from Zushi. But I overslept, that's unbelievable."