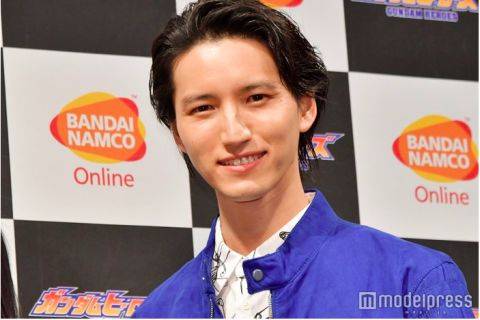 On April 28, former KAT-TUN member Taguchi Junnosuke made a guest appearance on 'Tokumori! Yoshimoto' where he revealed that he's in a long-term relationship.

This was Taguchi's first time appearing on a variety program after withdrawing from KAT-TUN. When asked about the rumor regarding his older girlfriend, he confessed, "I don't think it's something I should hide. Yes, I am." Then, the program's MC Imada Koji asked if things are going well to which he responded, "Yes."

Additionally, a reporter commented, "I've heard that you've been in a relationship for over 10 years," then asked, "Are you thinking about marriage?" Taguchi reacted to both statements with a smile.