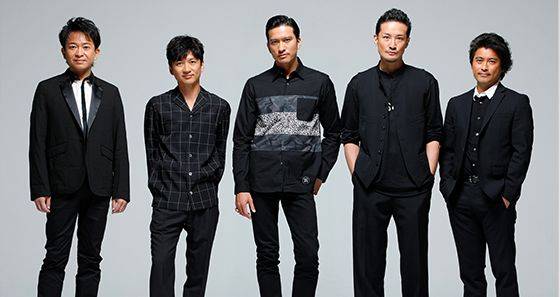 At the beginning of the program, Joshima apologized, "I am terribly sorry for the trouble that TOKIO's Yamaguchi Tatsuya has caused after being investigated for indecent assault. To the victim and family, please accept my sincere apology."

During a press conference, Yamaguchi said, "It might be wishful thinking, but if there is a place for me, I hope to continue as TOKIO." On this, Joshima reponded, "No way. That's impossible."

While Yamaguchi talked about his feelings toward the members of TOKIO, it appears that there was no explanation to them prior to the press conference. "That's not something that you find out through TV. I think he should've apologized to us and the company first. Not saying anything until the press conference... What can I say... Have we really been together for 30 years? It's betrayal," he said angrily, "As the group's leader, it's hard to think that we've stayed together for 30 years. I thought he was the most rational one among us, but he wasn't."

All five members apparently have not gotten together after the press conference. However, Joshima shared that he and Kokubun Taichi spoke to Yamaguchi for a little while. "He seemed more exhausted than he appeared during the press conference. Even the tears had dried up," he said about Yamaguchi's current situation. He also revealed that he watched Yamaguchi apologizing to Kokubun, "I took one step back. I didn't want to listen to his story. I was in disgust."

When asked if he has anything to say to Yamaguchi, Joshima said, "First, he needs to repent for what he has done, and think about what he should do. It's a problem he needs to take care of before I can say anything to him."

Due to the incident, Yamaguchi's activities have been suspended, and he has been placed on house arrest.