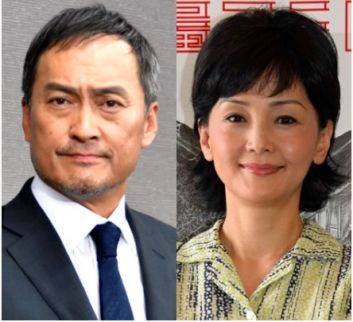 On May 17, actor Watanabe Ken (58) announced that he and actress Minami Kaho (54) have divorced.

In a fax statement to the media, Watanabe's agency said, "This is an announcement regarding our agency's Watanabe Ken. We would like to announce that divorce has been finalized between actress Minami Kaho-san and Watanabe."

On the same day, Minami tweeted about their divorce, "At this time, I would like to announce that we have settled on a divorce. It's been sixteen years since we met, and I've learned a lot of things." She continued, "This past year, I was given the time to reflect on my way of living. From now on, I hope to walk forward with a clear smile. Please continue to support me."

In March of last year, 'Shukan Bunshun' reported that Watanabe was having an affair with a woman 21 years his junior. Later in July, he held a press conference and apologized for having the affair. At that time, he had said that he would work to mend his relationship with Minami over time.