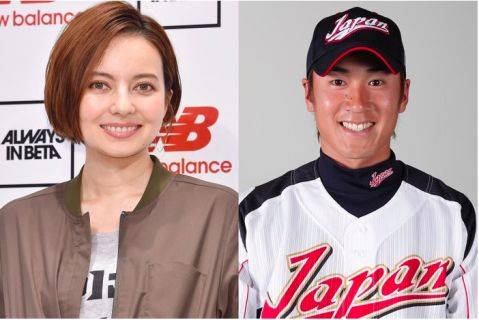 On June 26, some sports papers reported that talento Becky (34) and Kataoka Yasuyuki (35), coach for the Yomiuri Giants, are dating. Announcer Ogura Tomoaki confirmed the reports on 'Tokudane!' saying that he confirmed the news with coach Kataoka himself.

At the beginning of the program, Ogura, who is good friends with Kataoka, commented, "I was surprised when I opened the newspaper this morning!" He then continued, "I felt like a father who didn't know anything about his son's love life."

On Kataoka's personality, he shared, "He's a really good man, and he's honest. He really likes things to be neat and tidy. He likes to keep things clean so much that I'm not sure about marriage."

After seeing the news, Ogura confirmed it with Kataoka right away. After confirmation, Kataoka said that he would do his best not to get dumped. Ogura also talked to Becky who wished that he would watch over them.

According to reports, the two were introduced to each other by a mutual acquaintance. They have been seriously dating for about two months. While Becky had no interest in baseball and knew nothing about Kataoka, it was quite the opposite for him. He had been a fan of Becky since over ten years ago, so it appears he made the first move.

In a Model Press interview, representatives of both sides also confirmed the reports stating, "We've received the news. Please watch over them warmly."