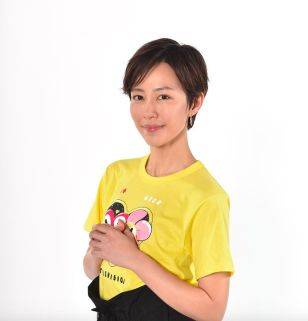 It's been announced that actress Kimura Yoshino was chosen as the charity personality for this year's '24 Hour Television' to air on August 25 and 26.

Back in 2014, Kimura appeared in '24 Hour Television' as a special supporter because of her strong desire to participate in the program. She revealed that this year's offer came "out of the blue," saying, "I thought they were kidding, and my face became serious. But 0.1 second later, I decided that I would do it."

When asked about her impressions of Sexy Zone, who will serve as this year's main personality, she responded, "I've co-starred in a drama with Sato Shori-san, and I went to their concert the other day, so it is reassuring."

On this year's theme, "a person who changed my life," Kimura thought about her grandmother whom she has lived with until she passed away, "When I was a child, I used to always sit beside my grandmother and watch sumo or marathons. I also have memories of her secretly giving me snacks that my parents never gave me."