Miura Shohei confirms that he's in a relationship with Kiritani Mirei 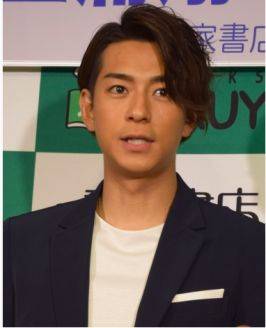 In an interview before the event, the press asked him about his rumored relationship with actress Kiritani Mirei (28). He confirmed, "It is true that we are in a relationship."

Last month, some tabloid magazines reported that the couple would be getting married in June. He denied these reports saying, "Nothing has been decided yet, so it would make us happy if we were left alone." There were speculations that they would tie the knot on Miura's birthday, June 3. When asked about how he would spend his birthday, he stated, "I have the right to stay silent."

The press continued to ask, "What do you want most?" to which he responded, "Please leave us alone. It's really getting to me mentally." He continued, "Today's event is for my photo book!"

In an interview with ORICON NEWS, both agencies denied the marriage rumors saying,"Nothing has been decided." At an event a few days ago, Kiritani stayed silent when asked about her relationship with Miura.