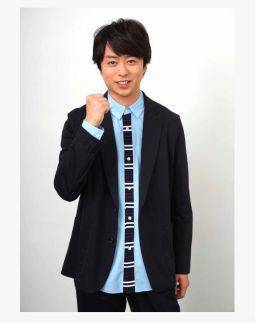 On June 11, Arashi's Sakurai Sho appeared on NTV's news program 'PON!' and shared a story about the time when he was surrounded by NEWS fans while riding the train.

Sakurai said that Masuda Takahisa (NEWS), who serves as the Monday regular for 'PON!', invited him to go to their concert the other day. However, he had to decline as he already had plans to visit a former teacher from high school.

On the way back from his former teacher's house, Sakurai got on the same train as NEWS fans. "I wanted to go home from Akabane, so I went to the station. Since it was Akabane (Saitama Super Arena) and the NEWS concert had just ended, the train was swarmed with girls holding concert bags. I was scared. No one noticed me though," he shared. Sakurai, who says that he usually goes unnoticed when riding trains, said, "I was doing this the entire time behind the girls who were holding NEWS concert bags," and reenacted the situation by standing dead-straight.