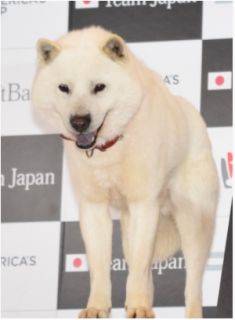 Hokkaido dog Kai-kun, known for his role as 'Otousan' in the Softbank CMs, passed away on June 28 due to old age. He was 16 years old.

In an announcement titled, "To the first Otousan, Kaikun, with thanks," Softbank's official website stated, "On the dawn of June 28, 2018, Hokkaido dog Kai-kun, who had starred in our TV CMs as the first Otousan of the Shirato Family since 2007, has gone to heaven due to old age. He was 16 years old."

The message continued, "To Kai-kun, who had been active as the Otousan of the Shirato Family, we would like to express our gratitude and humbly pray for his peace in the next world. Currently, Kai-kun's sons Kaito-kun and Kaiki-kun are active as the second 'Otousan' role."