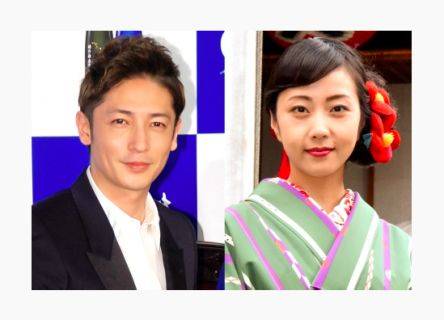 It's been reported that actor Tamaki Hiroshi (38) and actress Kinami Haruka (32) will be tying the knot.

On June 21, several sports papers reported that the two would be getting married in the near future. In an ORICON STYLE interview, both agencies confirmed the reports stating, "It is true that they will be getting married." However, they didn't reveal any specific dates.

Tamaki gained attention after starring in the 2001 film 'Water Boys.' He then went on to star in films such as 'Tada, Kimi wo Aishiteru,' and dramas such as 'Nodame Cantabile,' which pushed him rise to popularity. He currently stars in the TBS drama 'Anata ni wa Kaeru Ie ga Aru.'

Kinami made her acting debut in 2004. Since then, she has starred in various works such as the 'Yusha Yoshihiko' series and more recently, 'Kuragehime' (January, 2018). She currently has a role in the TBS drama 'Hana nochi Hare ~Hanadan Next Season~.'