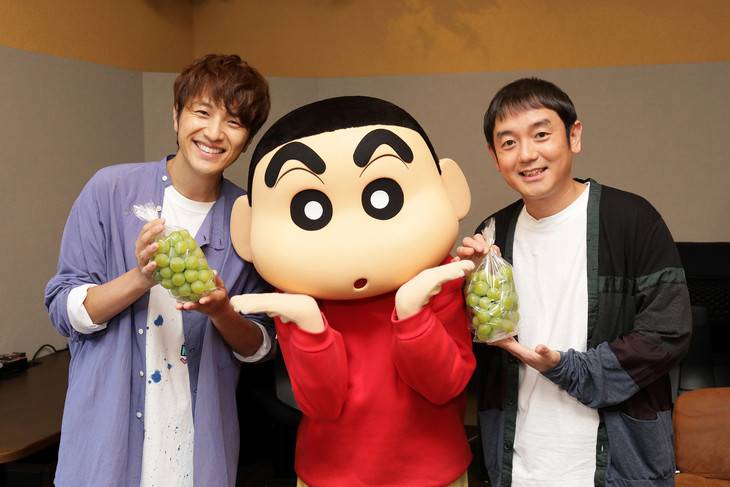 "Muscat" is a pop number that was written and composed by member Kitagawa Yujin. It was also arranged by TeddyLoid whom they worked with for "Koi, Hikemashita." which was released last year.

The last time Yuzu had a tie-up with the 'Crayon Shin-chan' series was back in 2015 when they provided their song "OLA!!" as the theme song for its movie 'Eiga Crayon Shin-chan Ora no Hikkoshi Monogatari ~Saboten Daishougeki~.' "OLA!!" will be the coupling track for "Muscat" when it's released as a single on August 1.

"Muscat" will be used in the anime beginning its July 6 episode.