Arashi to hold a 5-dome tour for their 20th anniversary 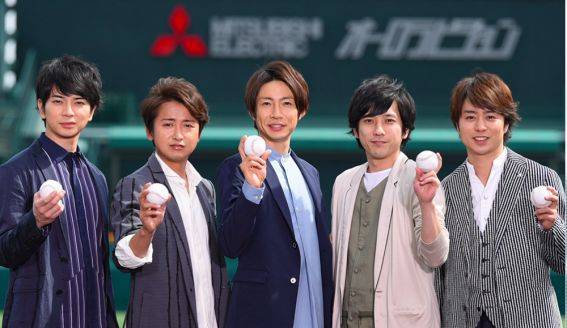 Arashi will hold a live tour titled 'ARASHI ANNIVERSARY LIVE TOUR' from November to next January.

This tour will be held to celebrate Arashi's 20th debut anniversary. They are slated to perform a total of 18 shows at Sapporo Dome, Fukuoka Yafuoku! Dome, Tokyo Dome, Nagoya Dome, and Kyocera Dome Osaka. On the group's official website, it says "and more" at the end of their tour schedule indicating that there may be more dates added in the future.