FANTASTICS member Nakao Shota passes away due to stomach cancer 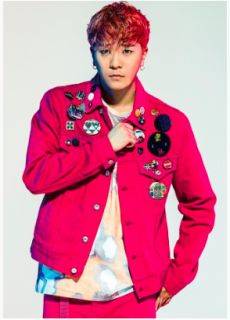 LDH group FANTASTICS member Nakao Shota, who had been undergoing treatment since March for stomach cancer, has passed away on July 6. He was 22 years old.

Nakao had been in poor health since late last year. After detailed examination, he was diagnosed with stomach cancer, which he revealed in March, "I was baffled as it was so sudden, but I am gradually accepting the reality and am determined to fight this illness," and promised his return, "I will definitely win! Please wait for me! Please continue to support me!"

As requested by his family, Nakao's funeral will be held with his family and friends, LDH members and staff. There will be a separate memorial service that fans can attend.

FANTASTICS appeared at 'LIVE MONSTER LIVE 2018' held on July 7 at Makuhari Messe. They also performed live at NTV's music special 'THE MUSIC DAY.' The members didn't show any signs of sadness and gave it their all at the two events.

FANTASTICS formed as a seven-member group in December of 2016. The group just began their activities with nine members after Yagi Yusei and Nakajima Sota joined last year.

Our deepest condolences go out to Nakao's loved ones at this difficult time.