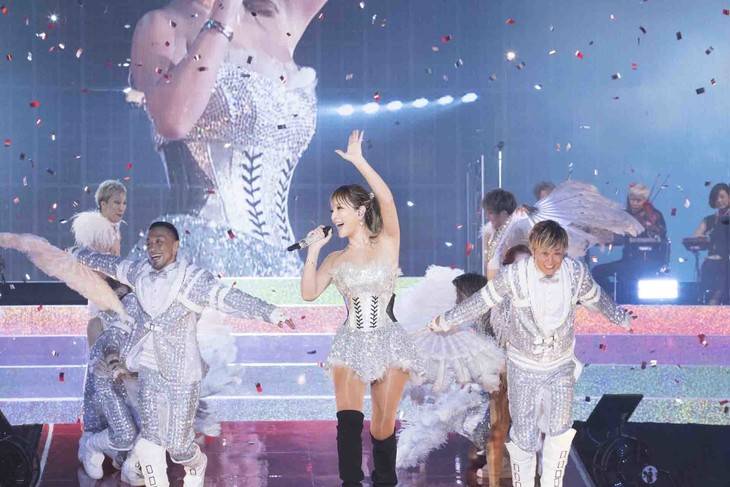 Hamasaki Ayumi will release her new album "TROUBLE" on August 15. In addition, she's announced that she will hold a nationwide tour from October to February of next year.

The songstress made the album and tour announcement on the final night of her tour 'ayumi hamasaki ARENA TOUR 2018 ?POWER of MUSIC 20th Anniversary?' on July 22 at Osaka-jo Hall. Besides her hit songs "evolution" and "SURREAL," Hamasaki performed "ever free" for the first time at a concert as well as brand new songs.

"TROUBLE" will be her first album release since "M(A)DE IN JAPAN" in June of 2016. It will be available in six different versions. More details on the album will be revealed later. In the meantime, check out the tour schedule below.