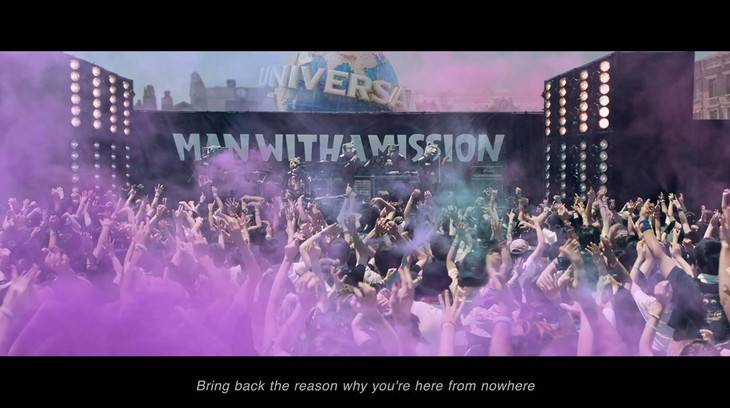 The PV for MAN WITH A MISSION's new song "2045" has been uploaded onto YouTube.

"2045" was included in the band's new album "Chasing the Horizon," which was released on June 6. It's currently the tie-up song to Universal Studio Japan's summer event 'Universal Hands Up Summer.' The PV is set in the year of 2045 when singularity, a point in time when machines are smarter than human beings, is believed to happen. In the PV, humans that are controlled by artificial intelligence take back their emotions after watching MAN WITH A MISSION's live performance.