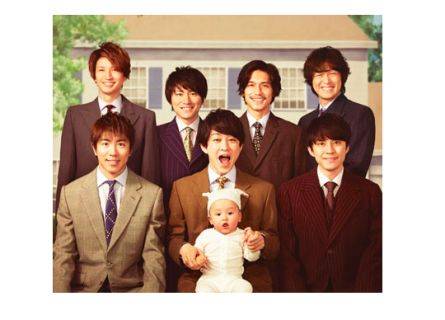 On July 2, Johnny's & Associates revealed via their official website that Kanjani8 member Yasuda Shota had a tumor removed from his brain back in February of last year.

They stated, "In February of 2017, Yasuda received surgery to remove benign tumors from his brain called meningioma. The surgery was a success, and he continues to do well today.  While he was steadily recovering, he fell down on April 9, 2018 due to dizziness and fractured his back and hip, which required 3 months to recover. This is the reason why he was unable to participate in Shibutani Subaru's press conference."

They also explained why they decided not to reveal his condition right away, "When we thought about what everyone thought and felt about Kanjani8 going from 8 members to 7, we decided that we couldn't add more trouble at that timing," and apologized, "Regardless of the reasons, we are deeply sorry that we were unable to deliver the truth."

Although "Yasuda isn't in his best condition," he will participate in the group's upcoming nationwide tour 'KANJANI'S EIGHTERTAINMENT GR8EST', which begins on July 15. "He is unable to give the original performance, but he will do whatever he can," they said.