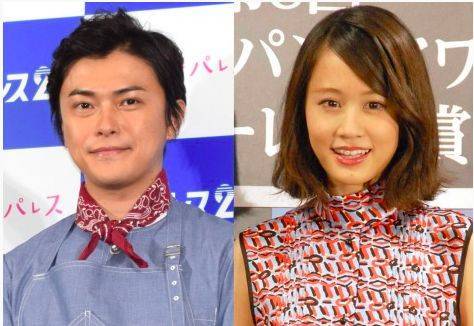 It's been reported that Maeda Atsuko and Katsuji Ryo have tied the knot on July 30.

The following day, the couple sent the announcement via fax to media outlets. The two met through a mutual friend and were attracted to each other's personalities. In the fax announcement, they stated, "We are both immature, but we hope to build a cheerful family full of laughter. From now on, we will support each other to sincerely face the work that has been given to us. It would make us happy if you would watch over us warmly."

Maeda made her solo debut with the single "Flower" in June of 2011, then graduated from AKB48 in 2012. She went on to release her first album "Selfish" in June of 2016. Katsuji had also made his artist debut by releasing the single "Ofuro wa Nurume no Katsujiro" under the name Katsu Katsujiro in 2015. This was also the year that the two co-starred in the drama 'Dokonjo Gaeru.' They also co-star in the film 'Taberu Onna' which will open in theaters this September.