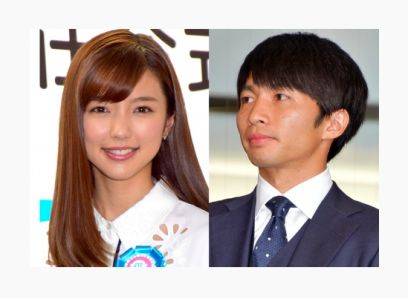 On July 16, actress Mano Erina (27) announced that she and soccer player Shibasaki Gaku (26) have tied the knot.

In a written announcement via FAX, Mano reported, "At this time, I would like to announce that I have married Shibasaki Gaku-san. From now on, we will build a family full of smiles while supporting each other. It would make me happy if everyone would watch over us warmly."

The couple currently does not have plans for a wedding ceremony and reception. Mano will continue her activities while putting family first.

Mano also wrote on Instagram and Twitter, "It's a personal matter, but I would like to announce that I have married Shibasaki Gaku-san, who I have been dating for some time, this month." She continued, "We respect each other's work and cherish each other's families. We have overcome each and every thing together on this path to marriage. We wanted to let everyone know once we became a married couple, so I decided to make this announcement here today."

On Shibasaki, who represented Japan in the recent World Cup, Mano commented, "He doesn't say much, but he is wonderful as he sincerely works hard. I am also stimulated by him." Finally, she stated, "While learning many things, I will do my best everyday to be his strength, and so that there will be lots of smiles as we begin our newlywed lives."