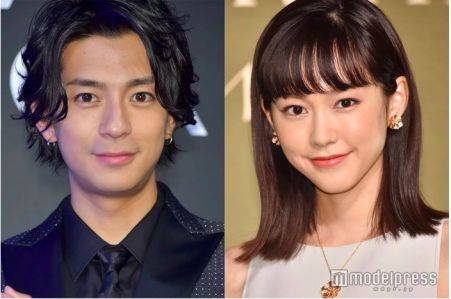 In a joint statement, the couple wrote, "While spending time together as co-workers, we were drawn to each other's personalities and started dating with marriage in mind. We each have many things that the other doesn't have, so we feel that we will be able to support each other and overcome any hardships and difficulties that we might face in the future. We hope to build a family that can endlessly laugh about silly things together."

Miura and Kiritani co-starred in the 2016 drama 'Suki na Hito ga Iru Koto.' Last year, they were spotted on dates, and it was reported that their relationship started that spring. Earlier in May, rumors surfaced that the two would be getting married soon to which both agencies commented that nothing had been decided yet. When Miura was interviewed by reporters in June, he confirmed that he and Kiritani were dating.