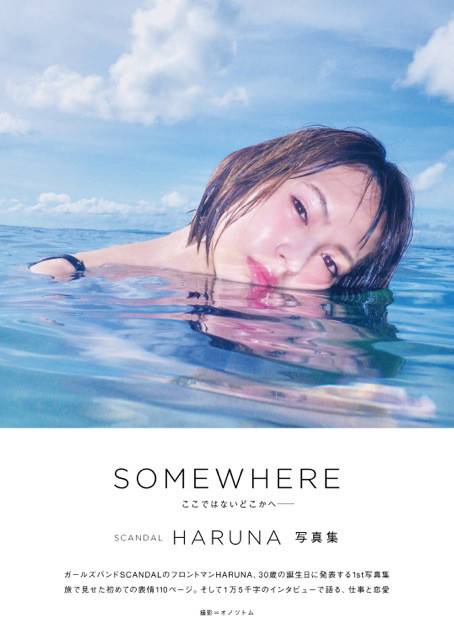 The release date, August 10, marks HARUNA's 30th birthday. The photos in the book were taken by Ono Tsutomu during HARUNA's vacation after SCANDAL's tour. It will also feature a long interview in which she talks about her band, work, and love life.