Shirota Yu to start his artist activities with a musical album 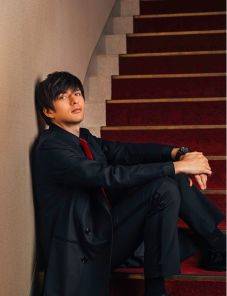 Shirota Yu will officially be starting his activities as an artist. His first musical album "a singer" will be released on October 24.

The album will include major works from musicals he's starred in, such as 'Elizabeth,' 'Romeo and Juliet,' and 'Phantom,' as well as "Corner of the Sky" (in English) from 'Pippin,' that's scheduled to play in Japan next year, famous numbers from popular musicals 'Mozart!' and 'Sweeney Todd,' and masterpieces from musical films such as 'Sound of Music' and 'Greatest Showman.' In addition, he will be covering IL DIVO's hit song "Isabel" in Spanish.

For the duets, he sings "Yami ga Hirogaru" (in Japanese) with actor/singer Ramin Karimloo and "A Whole New World" (in English) with model/singer Sumire.

Shirota is also scheduled to make appearances in music programs this summer. His first will be TBS' 'Ongaku no Hi' on July 14, then Fuji TV's '2018 FNS Uta no Natsu Matsuri' on July 25.