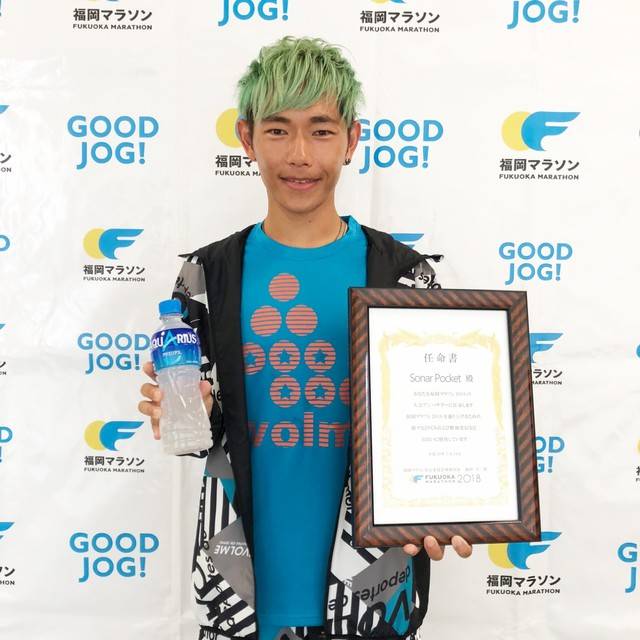 Sonar Pocket's eyeron (Vo) has been chosen as the ambassador for the 'Fukuoka Marathon' to take place on November 11.

eyeron participated in the 'Fukuoka Marathon' in 2015 and 2016. Following 2016, this will be his second time to serve as ambassador for the marathon. In addition, he has written the event's theme song "Kaobare." On this song, he commented, "I was able to write this song because I have participated in the Fukuoka Marathon in the past. It's a song that will push the backs of those who do their best. I hope it will push them to take that final step during the hard, painful times."