THE RAMPAGE to release their first album 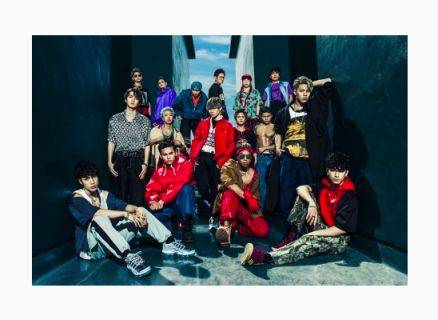 Sixteen member dance and vocal group THE RAMPAGE from EXILE TRIBE will release their first album on September 12. The self-titled album comes exactly four years since the 16 members were officially announced in 2014 at Shinkiba STUDIO COAST.

The group is currently in the middle of their 47-prefecture tour 'THE RAMPAGE: LIVE TOUR 2017-2018 "GO ON THE RAMPAGE.' This announcement was made on July 4 during their concert at Omiya Sonic City.

Vocalist Kawamura Kazuma stated, "We will release our first album on September 12, which is the day we became members four years ago. The title will be 'THE RAMPAGE.' It will be a two-disc set including all of our singles, and the DVD will contain footage from this tour and a documentary footage tracing our four years. Everyone, please look forward to September 12!"

Check out the trailer for THE RAMPAGE's first album below.