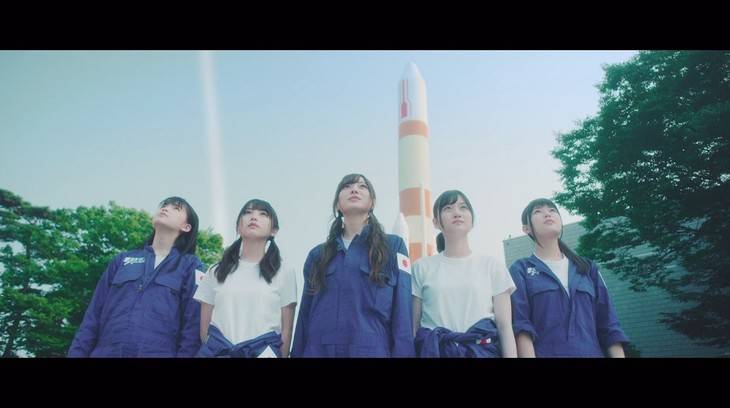 The PVs for Nogizaka46's new songs "Sora Tobira" and "Sankaku no Akichi" have been revealed via YouTube.

"Sora Tobira" will be included in all types of the group's upcoming single "Jikochuu de Ikou!" to be released on August 8. The PV was shot at JAXA (Japan Aerospace eXploration Agency) in Tsukuba City, Ibaraki, and Tsukuba Expo Center. Umezawa Minami serves as the song's center. Directed by Ito Shuto, the PV shows Umezawa and the other members aiming to become astronauts.

Meanwhile, you will find "Sankaku no Akichi" as the coupling track in the single's Limited Edition A. The PV was directed by Tsukita Shigeru and shot in late-June in Yokohama. It tells a story of a dance hall that was open since the Showa Era. As it nears its closing date, Nakada Kana dances there for one last time and reminisces about the memories attached to it.