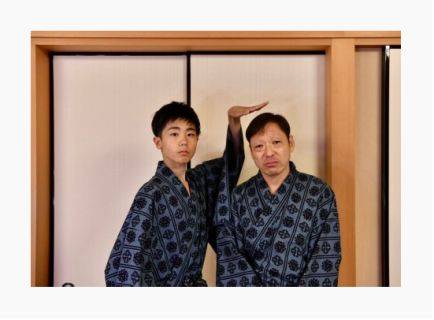 Kagawa wrote, "It's the first day of Hachigatsu Nouryo Kabuki. I, Kagawa Teruyuki, have started using Twitter! I bring you a photo of my son passing me in height." His Twitter icon is a photo of himself as 'Kamakiri Sensei' from E-TV's program 'Kagawa Teruyuki no Konchu Sugoize!'