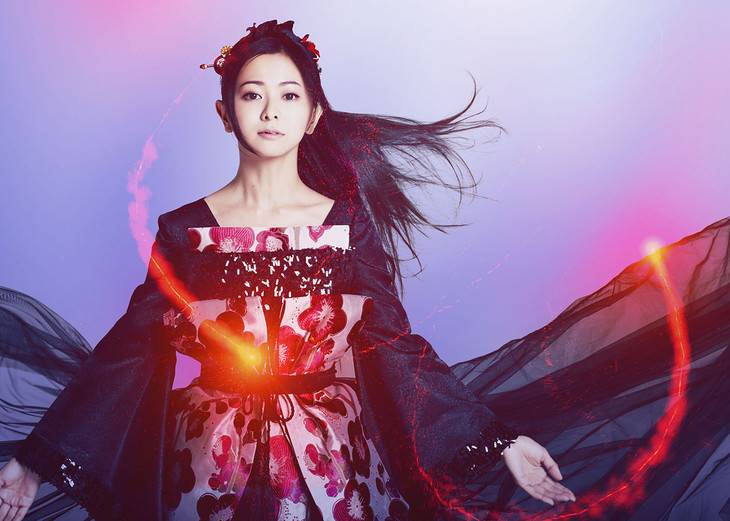 Kuraki Mai has revealed the short PV for her new song "Koyoi wa Yume wo Misasete."

Digitally released on August 8, "Koyoi wa Yume wo Misasete" is the ending theme for NHK Sogo's anime 'Tsukumogami Kashimasu.' In the PV, you can see Kuraki singing in a magical world with an exotic atmosphere. It also stars Komatsu Mikako, who is a fan of Kuraki, dressed as a shrine maiden.