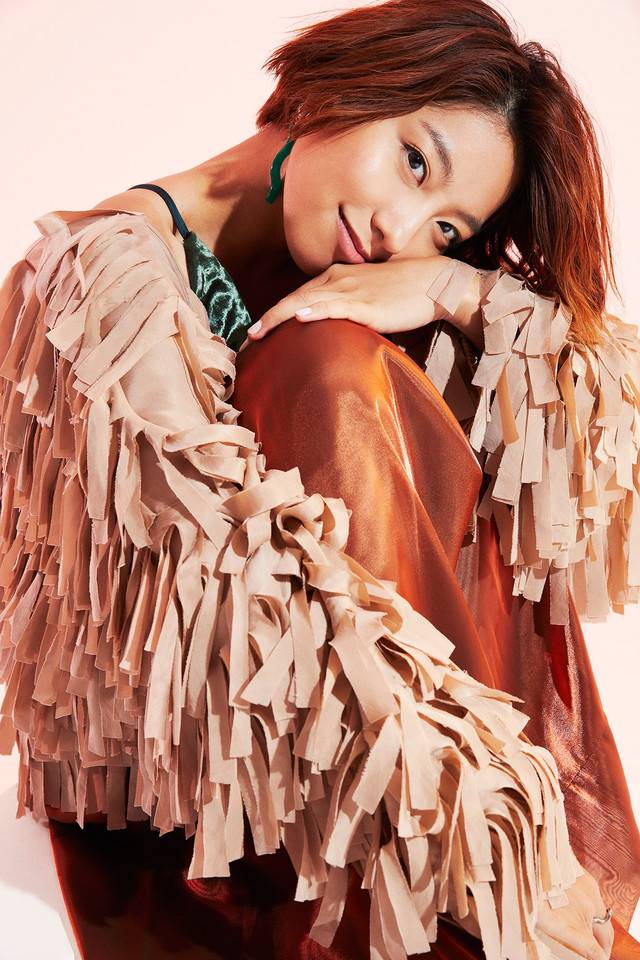 Rihwa will release her 10th single "MY LIFE IS BEAUTIFUL ~1 Pint no Yuuki~ / Sun Comes Up" on September 26.

For "MY LIFE IS BEAUTIFUL ~1 Pint no Yuuki~," Rihwa worked with music producers Tabo Kochi and UTA. It's a pop song that fuses Irish sounds with a dance track. You can hear the tin whistle and fiddle, instruments that are essential to Irish folk songs.

Meanwhile, "Sun Comes Up" is a collaboration with KT Tunstall, who is known for her song "Suddenly I See," which was the theme song for the movie 'The Devil Wears Prada.'  KT made the offer to collaborate, and Rihwa flew to Los Angeles to record the song. Maroon 5's guitarist James Valentine also participated in the song production and recording.

Following the single's release, Rihwa will release her second original album "WILD INSIDE" on October 31. It will consist of 12 tracks, and the Limited Edition will come with a DVD containing footage from her fifth anniversary tour 'Hi! Five! Live! Tour ?Get back from REALITY?' at WWW X in Tokyo. Then from November to December, she will hold a live house tour called 'Rihwa Tour 2018.' Those who purchase both the single and album will have the chance to attend a 'Special Meet & Greet' which will be held at all venues.