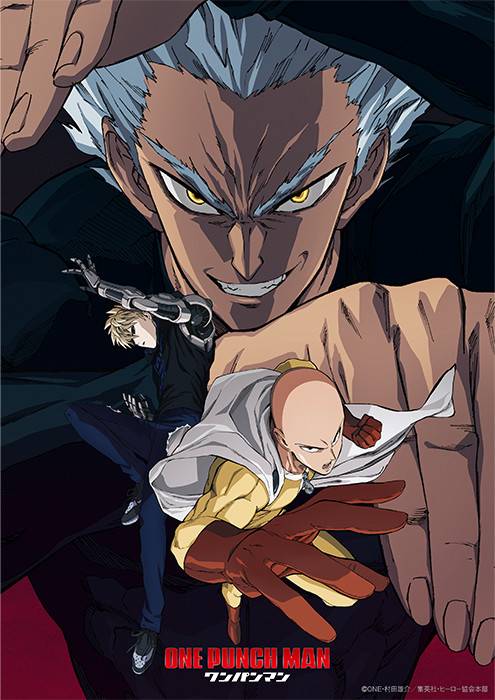 'One Punch Man' is coming back with a second season in April of 2019.

This announcement was made on August 12 during the event 'One Punch Man Maji Gakuensai.' In the teaser visual designed by Kubota Chikashi, you can see a new character 'Garo' in the background with 'Saitama' and 'Genos' in front of him.

A special footage was also revealed, which features various battle scenes with Saitama. Like the first season, JAM Project will be in charge of the opening theme.