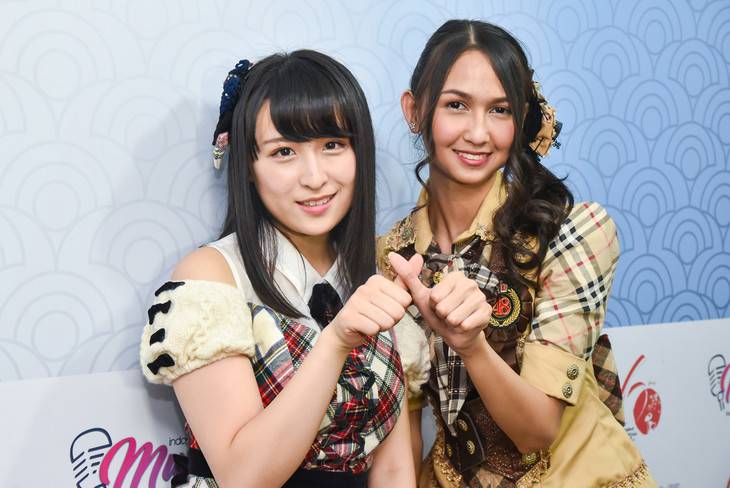 It's been announced that there will be an exchange program between AKB48's Kawamoto Saya and JKT48's Stephanie Pricilla Indarto Putr.

This was announced by AKB48 group captain Yokoyama Yui on September 9 at the music event 'Indonesia - Japan Music Festival,' which commemorated the 60th anniversary of the establishment of diplomatic relations between Japan and Indonesia, held in Jakarta. Through this short-term exchange, Kawamoto and Stephanie will serve as supporters in the respective countries for one month.

Kawamoto will fly over to Indonesia on September 15, and Stephanie will travel to Japan on September 17. The two will participate in theater performances and events aiming to promote their countries. During this period, Stephanie will live together with BNK48's Mobile-Pimrapat Phadungwatanachok, who will also be studying abroad in Japan.

Stephanie and Mobile's lives in Japan will be recorded, and is scheduled to air on WAKUWAKU JAPAN in several countries in Asia.