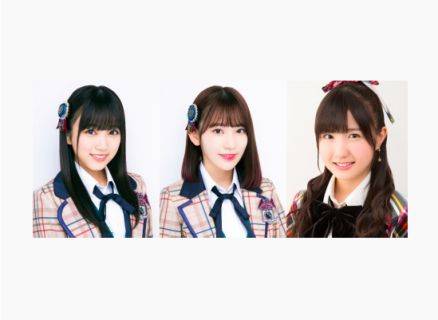 It's been announced that HKT48 members Miyawaki Sakura and Yabuki Nako, and AKB48's Honda Hitomi will be taking a break in order to commit themselves to their activities in Japanese-Korean girls group IZ*ONE until April of 2021.

IZ*ONE is an idol group that formed through the audition program 'PRODUCE 48', which was a collaboration project between the Korean broadcast station Mnet and AKB48 Groups. Miyawaki, Yabuki, and Honda, who won the audition, will be active in IZ*ONE for two and a half years.