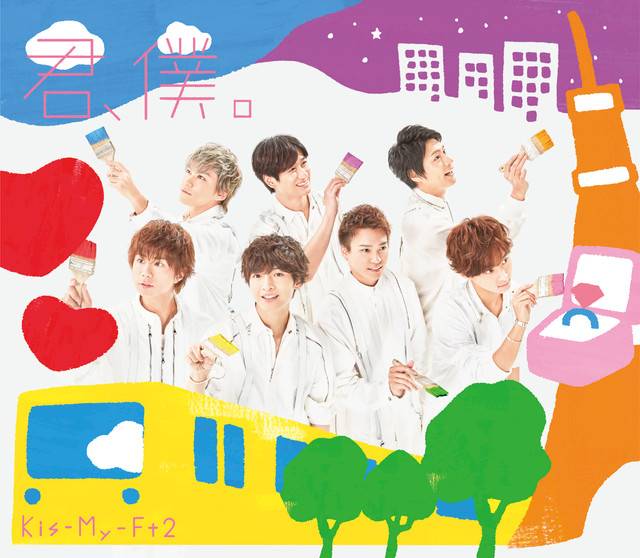 Kis-My-Ft2 have revealed the short PV for their new song "Kimi, Boku."

"Kimi, Boku." will be released as the group's new single on October 3. The PV was created with Santorini, Greece in mind. You can see the members doing a shuffle dance called 'kisstep' while sporting a white costume. The full PV and making-of footage will be included in the single's Limited Edition A DVD.