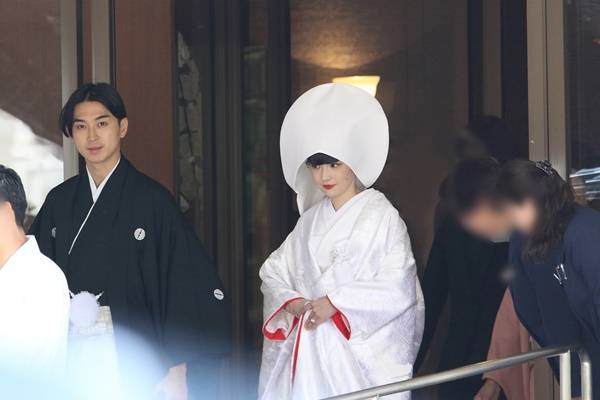 On September 5, actor Matsuda Shota (33) and model Akimoto Kozue (31) held their wedding ceremony at a shrine in Tokyo.

Among the guests were Matsumoto Jun, Oguri Shun, and Abe Tsuyoshi, members of 'F4' who co-starred with Matsuda in the drama 'Hanayori Dango.'

The hotel staff continued, "Matsumoto said, 'Congratulations,' and Oguri said, 'I've been watching you since 'Hanadan' days, but you've really become a great actor!' On their table also sat Eita, Kimura Kaela, and, Nagayama Kento. With Kawatani Enon sat BUMP OF CHICKEN's Fujiwara Motoo and Yonezu Kenshi. Then Ayano Go shared a table with Asano Tadanobu, Nakamura Shido, and Ichihara Hayato. There was also a sports table with Kitajima Kosuke and Yoshida Hidehiko."

There was also a surprise performance by musicians. A person who attended the reception stated, "Kiritani Kenta, who co-starred in a CM with Matsuda, sang 'Umi no Koe.' In addition, AI sang 'Story' and RADWIMPS vocalist Noda Yojiro sang 'Kokuhaku.' It was an extravagant live, something that you don't even see at festivals. Akimoto was also welling up." 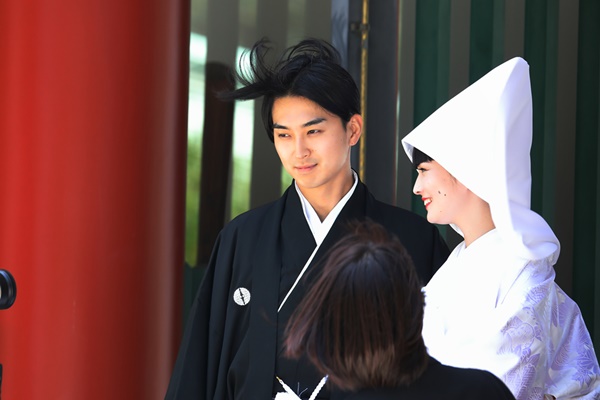