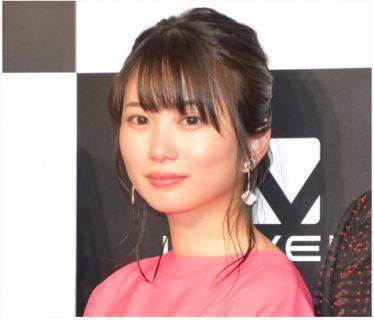 On September 14, actress Shida Mirai (25) announced her marriage to a non-celebrity man.

In the announcement, Shida stated, "It's a personal matter, but at this time, I would like to announce that I have gotten married. He is a friend of mine from long time ago and a non-celebrity man."

She continued, "It's been 19 years since I started working when I was 6. Because of everyone's support, I was able to continue until this day. Thank you very much." On her future, she commented, "I will do my best to treasure both my work and my home. Please continue to watch over me as before."

Shida had been expressing her desire for marriage every time she made a public appearance. At an event in September of 2016, she wore a wedding dress and expressed, "I've always had a strong desire for marriage. I wanted to get married before 23, but I'm already 23, so I'm extending that another 2 or 3 years." At a 'Crayon Shin-chan' movie screening last year, she said, "My work dreams have come true, so next is marriage. I want to marry someone like [Nohara] Hiroshi (Shin-chan's father)."