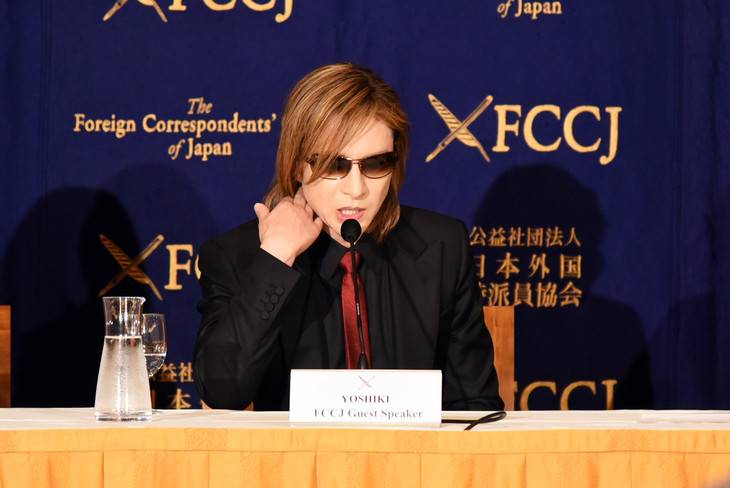 On September 13, YOSHIKI attended a press conference at The Foreign Correspondents' Club of Japan (FCC) in Yurakucho.

YOSHIKI held the press conference in English. He said that he was originally supposed to return to Japan the previous day, but arrived at 5:00 am on that day because he wanted to sleep on the plane. Due to filming, he stayed up two nights in a row and was sleep deprived. He arrived at the airport at the same time as Osaka Naomi, who became the first Japanese tennis player to win the Grand Slam singles tournament at the US Open. As such, the numerous reporters that gathered at the airport witnessed YOSHIKI in his pajamas.

YOSHIKI talked about his thoughts on X JAPAN's upcoming one-man live on September 28 to 30 at Makuhari Messe. Then he announced that he will hold a classical concert on November 12 and 15 at Tokyo International Forum. He also shared that X JAPAN has finally completed recording their new album after 10 years. However, the release date hasn't been set yet.