Five members to graduate from SUPER?GiRLS 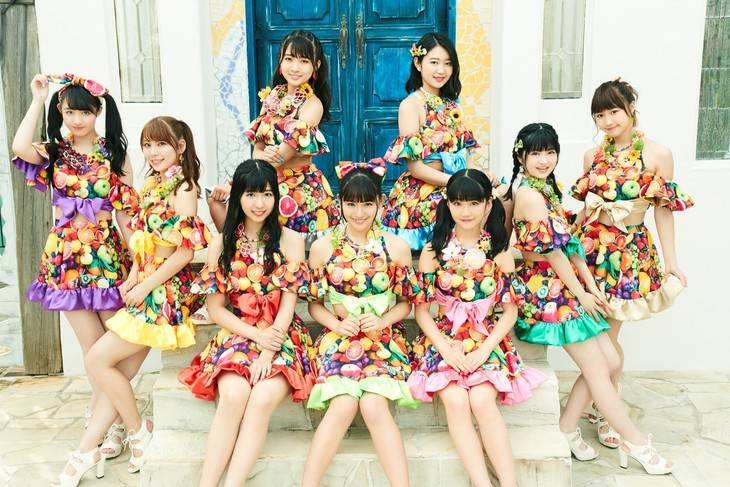 It's been announced that SUPER?GiRLS members Watanabe Hikaru, Miyazaki Rina, Mizote Ruka, Asakawa Nana, and Uchimura Risa will be graduating from the group in January of 2019.

The group had been aiming to hold their 10th anniversary live in 2020 at Nippon Budokan. As over half of the members will be graduating from the 9-member group, the group's official website explained, "Every year, we have members graduating, and it has become difficult to attain this goal in such a unstable situation. We decided that the next time we have new members join will be the last time the members change. We will work hard to become a group that can stand on the big stage." With this, the remaining members Watanabe Koume, Ishibashi Hotaru, Abe Yumeri, and Nagao Shiori will start anew with the successful candidates of the ongoing 'SUPER?GiRLS Cho Audition!!!!'

The group's one-man live 'SUPER?GiRLS Cho LIVE 2018 & Cho Audition!!!!' to be held on November 4 at AiiA 2.5 Theater Tokyo will be the last with the current nine members. The final screening of the audition will also be held during this live. The new members will be introduced on December 19 during their 8th anniversary live at TSUTAYA O-EAST. Then finally, Watanabe, Miyazaki, Mizote, Asakawa, and Uchimura's graduation live will be held on January 11 at Zepp DiverCity TOKYO.

Watanabe, Miyazaki, and Mizote are original members of SUPER?GiRLS when they formed in June of 2010. Asakawa and Uchimura joined as second generation members in February of 2014.