HYDE becomes the mad hatter in PV for 'FAKE DIVINE' 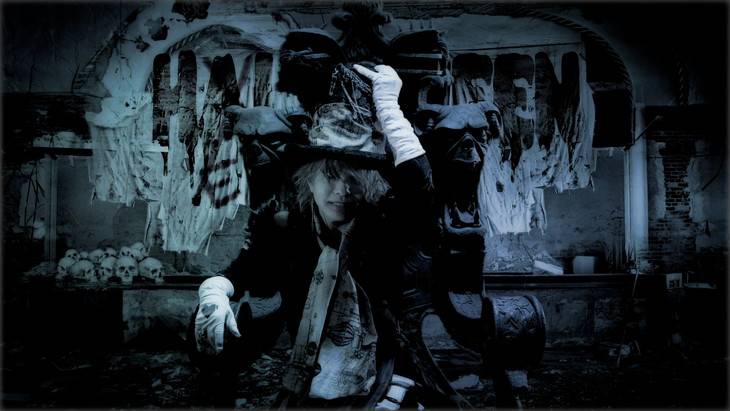 HYDE has revealed the short trailer for his new song "FAKE DIVINE."

This song will be released as HYDE's new single on October 24. For the PV, HYDE proposed the motif of "Alice in Wonderland" with a Halloween vibe. He transforms into the Mad Hatter who sings "FAKE DIVINE" in the underworld. The PV also features other characters of "Alice in Wonderland" such as Alice, White Rabbit, Cheshire Cat, and Queen of Hearts.