Mizushima Hiro to star in a drama after 9 years 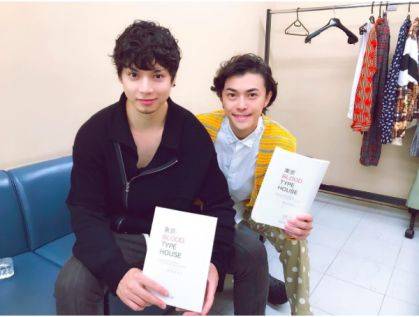 On October 20, actor Mizushima Hiro updated his Instagram account revealing that he will be making a guest appearance in the Amazon Prime Video drama 'Tokyo BTH.'

Mizushima will be appearing on episode four, which will be distributed on December 7. This will be his first appearance on a Japanese drama in nine years. The last was Fuji TV's Getsu-9 drama 'TOKYO DOGS' back in 2009.

Mizushima shared a photo of himself and actor Katsuji Ryo, saying, "Maruo, 'Horikawa, it's been 9 years!'"

'Tokyo BTH' takes place in a share house where Goro, an O-type IT company president (played by Inagaki Goro), Jun, an A-type physical therapist (Kaname Jun), and Ryo, an AB-type florist (Katsuji Ryo) live together and have talk sessions about blood types.